12.04.17 —Connie Maxwell Board of Trustees has conferred the status of president emeritus upon the former president and longtime organizational supporter Dr. Ben Davis. 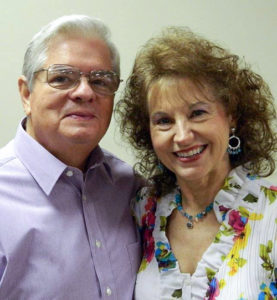 At the November board meeting, a motion from the executive committee was brought to the full board, at the suggestion of new President William D. Nicholson. The motion passed unanimously.

“I’ve studied leadership for a long time,” Nicholson said, “and one of the things I took away in all my studies was that history reveals the future. History builds what you get to stand on, and you stand on it with reverence and respect.”

Nicholson continued, “Just like we respect our parents, grandparents, coaches, or other people who have been a part of our past and molded us into who we are, so Ben Davis has done for this organization. The best thing we could do was not only thank Ben for his 21 years of sacrifice and service but to honor him and name him president emeritus.”

Davis began his relationship with Connie Maxwell as a trustee in 1990, becoming a staff member in 1993 and ultimately being named president in August 2002. He has continued to remain involved with the organization since his retirement in 2014.

“I’m humbled and very honored,” Davis said. “People would often mention to me and Polly what a blessing we were to the children’s home but the real blessing was to us. The time period that we were at Connie Maxwell has overshadowed all the other things we have done in our lives.”

“Again I’m so honored and appreciative and will continue to do everything I can to support this ministry,” said Davis.